Day 1 Istanbul
Happy to welcome you in Istanbul on your first day! You’ll be transferred to your hotel after arriving in Istanbul. Overnight in Istanbul.

Day 2 Istanbul Old City
We start our 12 day tour with a visit to Blue Mosque, Hagia Sophia, Topkapi Palace including Hagia Irene, and the Hippodrome in the morning. It is possible to explore more with our optional Half Day Bosphorus Cruise. Overnight in Istanbul.

Day 3 Gallipoli Battlefields
To add unforgettable memories, our next stop of the tour is the WWI Battlefields of Gallipoli including Lone Pine and Chunuk Bair Memorials, ANZAC Cove, The Nek, Johnston’s Jolly. Overnight in Çanakkale.

Day 4 Troy, Acropolis of Pergamon
Today visiting Troy to learn about the story of Troy which was first recorded in Homer’s epic poem The Iliad. According to the legend, Paris, Prince of Troy, marries Queen Helen of Sparta. The Greeks and the warrior Achilles, launch 1000 ships and sail across the Aegean Sea to Troy.

To end the war Greek soldiers construct a wooden horse, Trojan horse, and hide within it while the rest of the army pretends to sail away. The Trojans believe the horse is a farewell gift and bring it into the city. The Greeks emerge late at night to destroy the city when the Trojans are busy celebrating their victory. Then we head for Pergamon ancient city and end the day in Kusadasi. Overnight in Kusadasi.

Day 5 Ephesus, Kusadasi
Enriched by a visit to Ephesus ancient city and the Temple of Artemis, today we also visit a typical Greek-Turkish village called Sirince, to taste its fruit wines. Overnight in Kusadasi.

Day 6 Pamukkale, Hierapolis
Another unique experience in Pamukkale today and the ancient city of Hierapolis where you’ll have the chance to swim in an ancient Roman bath. Overnight in Pamukkale.

Day 7 Termessos, Antalya
We depart for Antalya after breakfast, stopping along the road to see the ancient Lycian city of Termessos, which was erected at a height of 1050 meters in the picturesque Taurus Mountain range. We will have a walking tour of Antalya’s old town, known as “Kaleiçi,” once we arrive. We’ll go to Hadrian’s Gate, the Ancient Harbour, and the Suna-Inan Kiraç Kaleiçi Museum, which features a Greek Orthodox Church in its garden, among other places. Overnight in Antalya.

Day 8 Perge, Aspendos, Side
A full day trip to Perge, Aspendos, and Side’s ancient remains. The Roman Theatre at Aspendos, which seats 15,000 people, was built in the second century. With its Temple of Apollo and ancient ruins, Side is one of Turkey’s outstanding classical attractions. Overnight in Antalya.

Day 10 Cappadocia
We’ll go to Pigeon and Red Valley today, then Cavusin Village, and finally Avanos Town, where we’ll have the opportunity to learn how hand-made pottery is made. Overnight in Cappadocia.

Day 12 Istanbul
After breakfast, you will be taken to the airport for your trip to Istanbul, where you will arrive around 10:30 a.m., and our journey will come to an end. 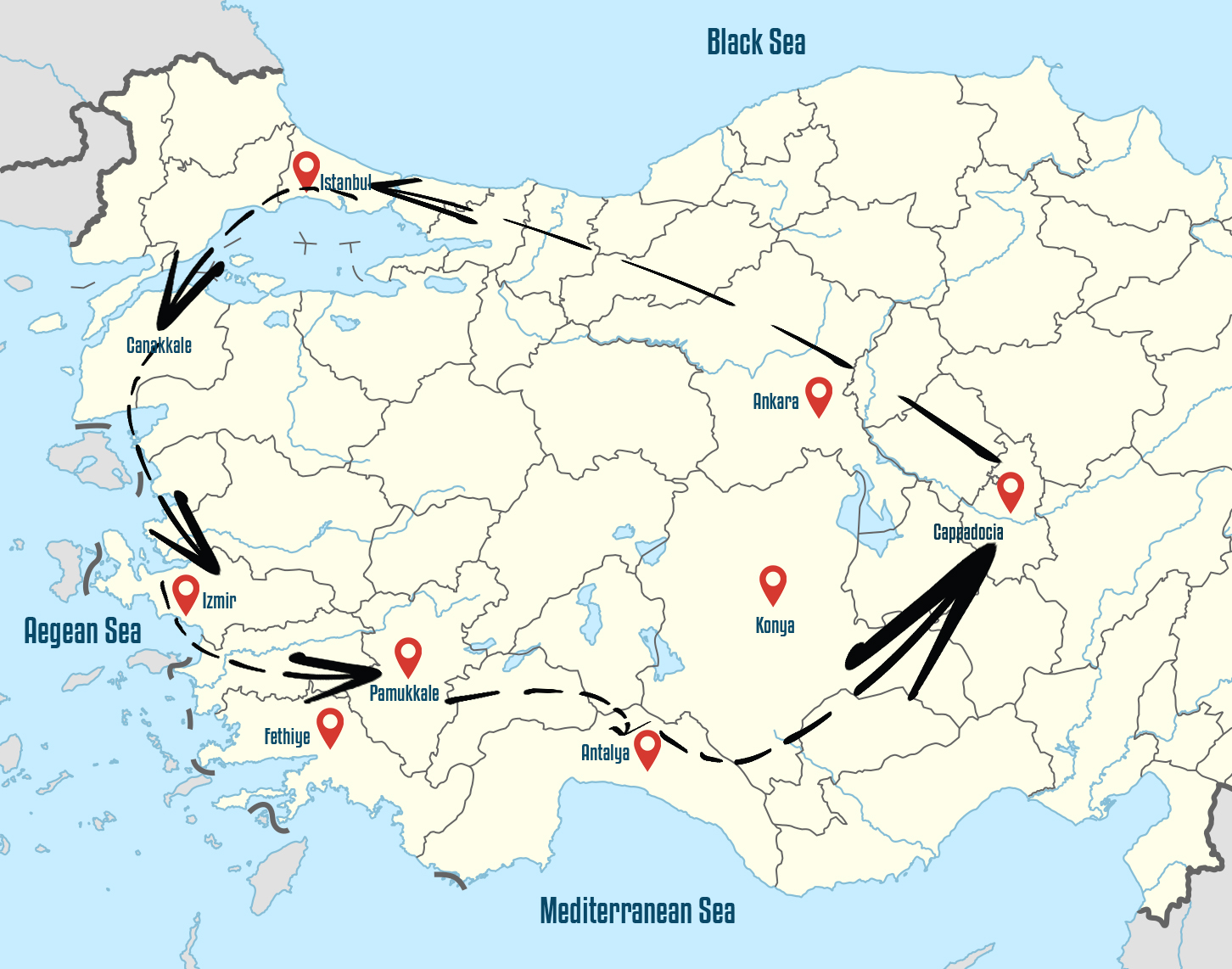 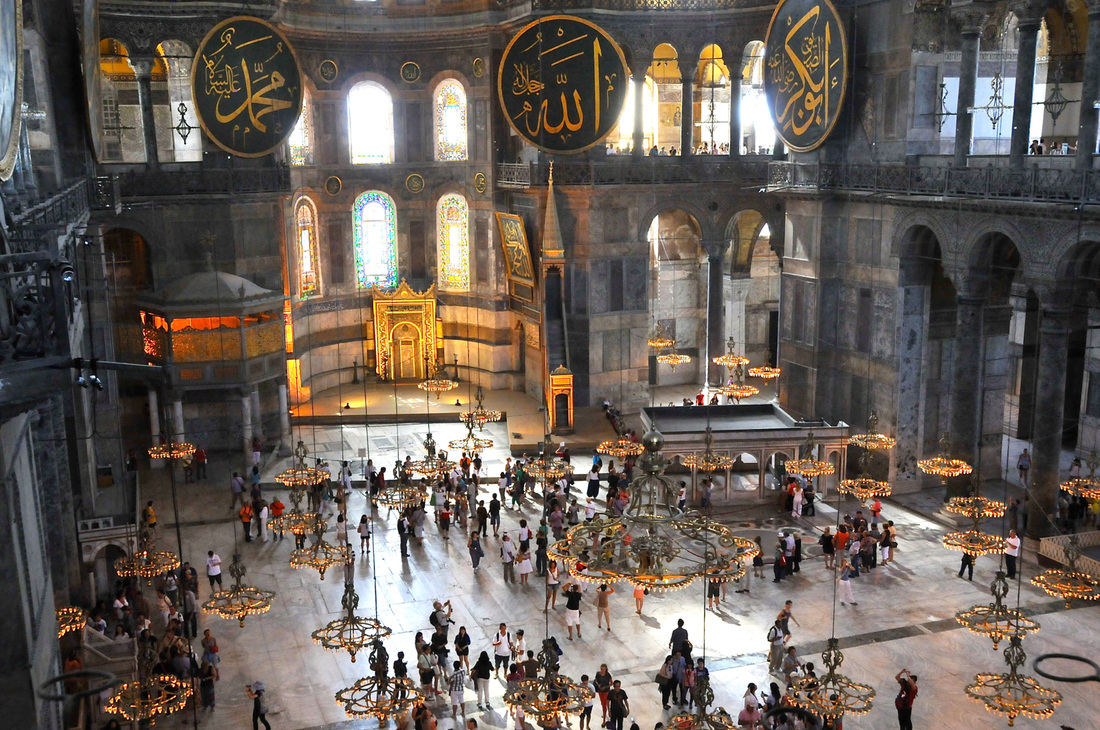